On August 5, 2022, A horrific crash occurred here in West Hollywood. According to local reports, five people have been killed and eight hospitalized as a result of a car… Read more » 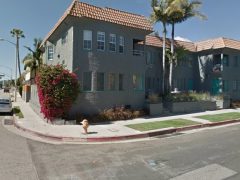 On Thursday, if you were traveling down Sunset Blvd you likely ran into an unexpected detour up until lunch time… Why? See the official news on KTLA, but basically, A… Read more »