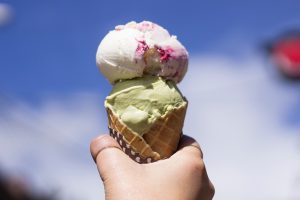 Photo by Jean Balzan from Pexels

Attention all Angelenos: a new Paradis Ice Cream shop will soon open its doors in WeHo. According to the latest reports, this increasingly popular ice cream franchise will open in West Hollywood on January 25, 2020.

For those who don’t know, Paradis is a Danish ice creamery that has recently taken SoCal by storm. After first opening in Montrose in 2009, the franchise has quickly expanded to a dozen stores (including the new West Hollywood location).

So, what’s so special about Paradis’s products? Well, reps from the company say they handcraft each batch of ice cream in San Fernando every day. From their main plant, this ice cream gets distributed each morning to their signature shops.

In addition to ice cream, Paradis has an extensive array of treats, milkshakes, and frappes to choose from. The company even offers a few hot drinks like hot chocolate and coffee.

West Hollywood locals can visit this new Paradis Ice Cream store for its grand opening at noon on January 25. Those who make it to the store on this date might even score a free cone.

The address of WeHo’s new Paradis is 7901 Santa Monica Boulevard, which is about a 10-minute drive from Sunset Plaza. For more detailed information on Paradis Ice Cream, you can visit the company’s website at https://paradis-icecream.com/.