As if people in West Hollywood didn’t need another reason to be looking down at their phones. And now, Pokemon GO is here.

People all over WeHo can be spotted spotting Pokemon. One of our hotspots is Plummer Park, in case you weren’t aware of this yet.

Plummer Park is a hotspot as well. There are Pokespots everywhere with Pokelure deployed often. What makes it a hotspot though is the reoccuring Hitmonchan.

This is a Hitmonchan, in case you’ve never seen one: 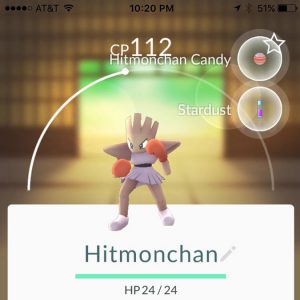 I played Pokemon all day long today, and when done, went for a massage.

One of my favorite places to get a massage is Meridian, because, apparently, Pokemon GO players can benefit from massage therapy! 😀